RoboCo Launch Day is Coming – Here’s Everything You Need to Know! 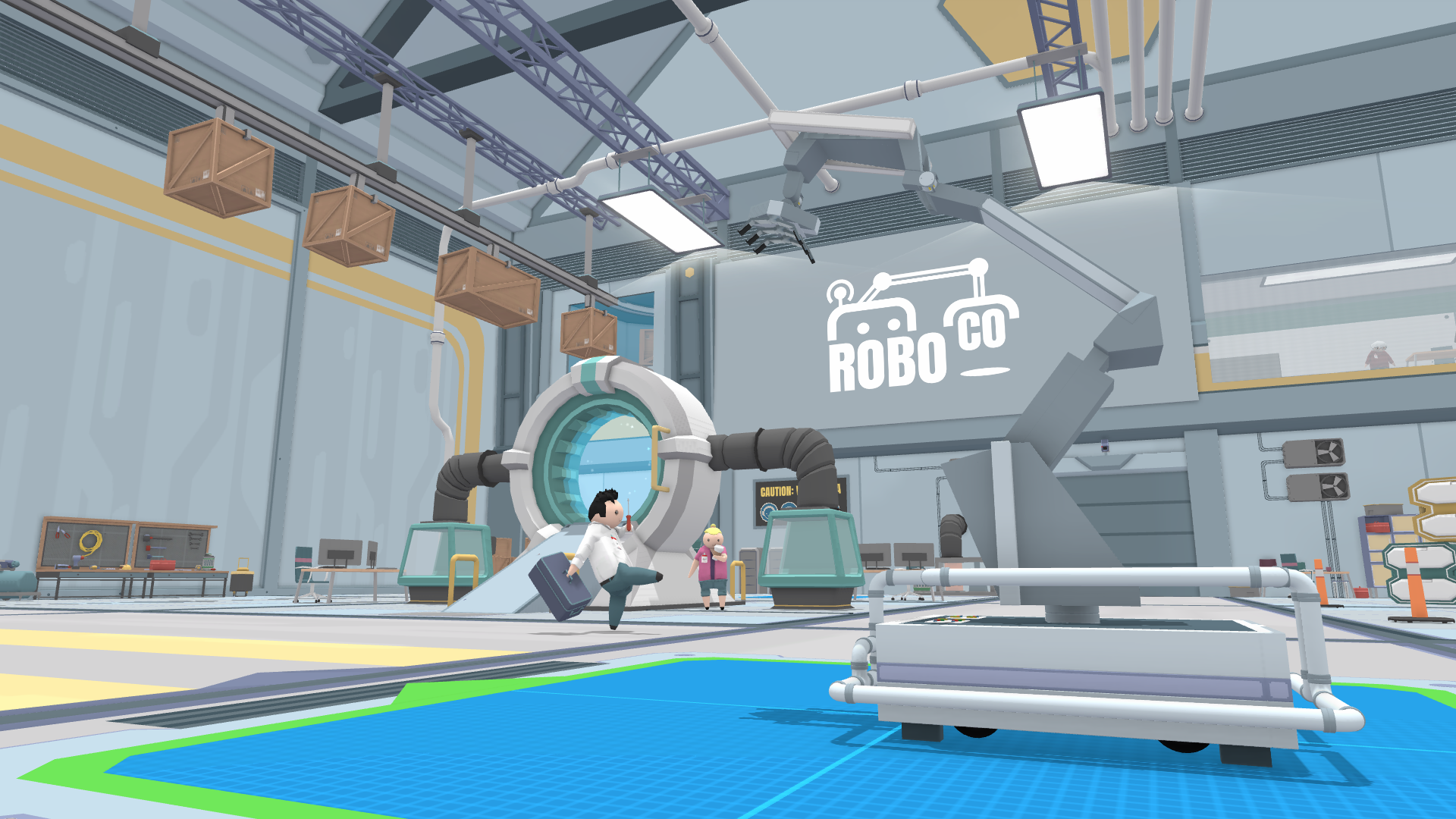 Last week, we unveiled some visual changes we made to our wheels. This week, we’re talking about everything that’s going on during RoboCo’s launch. Much like our initial release date blog, imagine this post as a long roll of parchment paper as we decree the following:

What Features We’re Launching With

RoboCo’s launch to Steam Early Access is less than a week away, and we know from regularly patrolling the Discord that some fans are wondering what exactly is included in RoboCo’s launch! Here’s a breakdown:

We want to remind you that this release date and these features only pertain to the PC version of RoboCo. The VR version for PC as well as a standalone version for the Meta Quest 2 will launch sometime in 2023.

A different development team at Filament Games is also working on a brand-new game for the Roblox community called RoboCo Sports League, also expected sometime in 2023.

We hope to be in Early Access for about a year while we gather user feedback, iterate on existing features, and continue development of new features.

Whenever we leave Early Access and declare a version 1.0, RoboCo will have new parts, additional challenges, Steam Achievements, assorted usability improvements, and the ability to give commands to human NPCs! We’ll also have VR up and running as well as some other unannounced features at that time, so 1.0 will provide a ton of exciting new content for players.

We will continue to use this devblog to give behind-the-scenes looks and updates into how Version 1.0 is going post-launch, so make sure you check in every Friday to see what’s up with Version 1.0 and beyond!

We Have A New Trailer!

A reimagining of our 2020 Gameplay Trailer, this video goes over everything a player would want to know about RoboCo. It even features some cool robots from our community like Team People’s Republic of China’s Cybercat from FGRC21 as well as the iconic Derpbot. Make sure to share it with your friends to help get them excited about RoboCo as we continue to get closer and closer to November 3rd!

The Platinum Cup is Coming!

BUT WAIT – there’s one last thing! In addition to a new trailer, we wanted to do something special to celebrate our Early Access Launch. That something is The Platinum Cup – an exclusive Discord competition/launch race.

The Platinum Cup will first consist of six different but simultaneous races. Each race involves players competing for an exclusive title and are outlined below. These will start on November 3rd, 2022 and will go until a player completes the race objective:

Players will prove their claims by submitting a screenshot (Speedster, Inspector Gadget, and The Completionist) or a video (The Hacker) so these illustrious titles will go to the first person to complete these achievements AND prove them with the associated media. We’re also limiting it to one title per person, so pick your favorite and make your best run!

In addition to the races, there will also be two additional titles that players can submit clips for. The competition for these titles will also begin on November 3rd but will have a firm deadline for submission – Sunday, November 13th at 11:59 PM CST. Our team at Filament Games will then pick the winner from those who submitted. These titles are:

Prizes include a Discord title as well as an enamel pin that’s a replica of the RoboCo personal badge. These pins haven’t been seen or given out since we went to PAX in 2019 and are a cool collector’s item for any RoboCo fan!

To participate and learn more about The Platinum Cup, you must be a member of our Official RoboCo Discord. Make sure to join so that you don’t miss out on the chance to win or witness what will end up being historical moments for RoboCo.

And that’s it for this week’s devblog! We know we threw a lot at you today, but you only ever launch a game once, so we wanted to make sure we covered everything. Next time we talk, it’ll be launch day so, until then, we hope you continue to spread the word and, most importantly, have fun playing RoboCo!