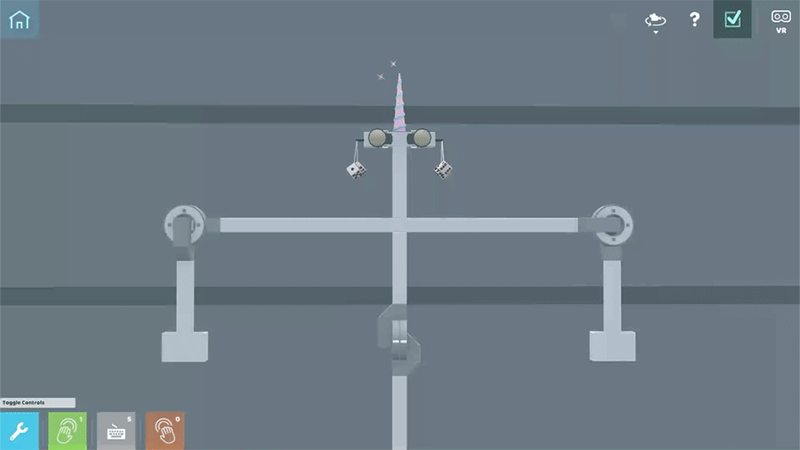 Last week, we unveiled a brand new addition to our paint tool – The Texture Tool. This week, we’re showcasing our last batch of cosmetics before launch!

Add More RAM to Your Robot

It’s time to celebrate, PC-building aficionados! You’re really going to appreciate our newest collection of cosmetics. Focusing on computer hardware, this batch of cosmetics includes: a transistor, a resistor, wires, two sticks of RAM, a processor, a cooling fan, a circuit board, and a capacitor. Use these cosmetics to help your robot remember what it’s doing, complete those hard calculations, keep it cool while it’s overclocking, and much more

Take Your Robot Back to the 50s

What was as popular in the 50s as Elivis Presley, drive-in movies, sideburns, and cateye glasses? Fuzzy dice! Take your robot back to a time before video games (which weren’t invented until 1966 and popular until 1975) with our fuzzy dice cosmetic.

If you’re fully embracing the idea of your robot being a professional sandwich server or barista, give it an extra tall chef’s hat. Bear in mind that many cosmetics will only become available after completing the associated secret objective, so make sure you’re keeping an eye out for hidden purple tablets as you play through the campaign!

I See Right Through You

Fans of RoboCo’s earliest alpha know the importance and usefulness of glass blocks. Previously in the Structured Parts section, glass blocks can now be found in the Cosmetics section.

Other Stuff We’re Working On

Q4 2022 is right around the corner, which means our development team is busy putting the finishing touches on RoboCo. Here’s a list of some of the big tickets items they’re working on:

And that’s it for this week’s devblog! Next week, we suggest you gear up for what’s going to be our biggest announcement yet!