We Made Some Heavy Updates to Our Structural Parts! 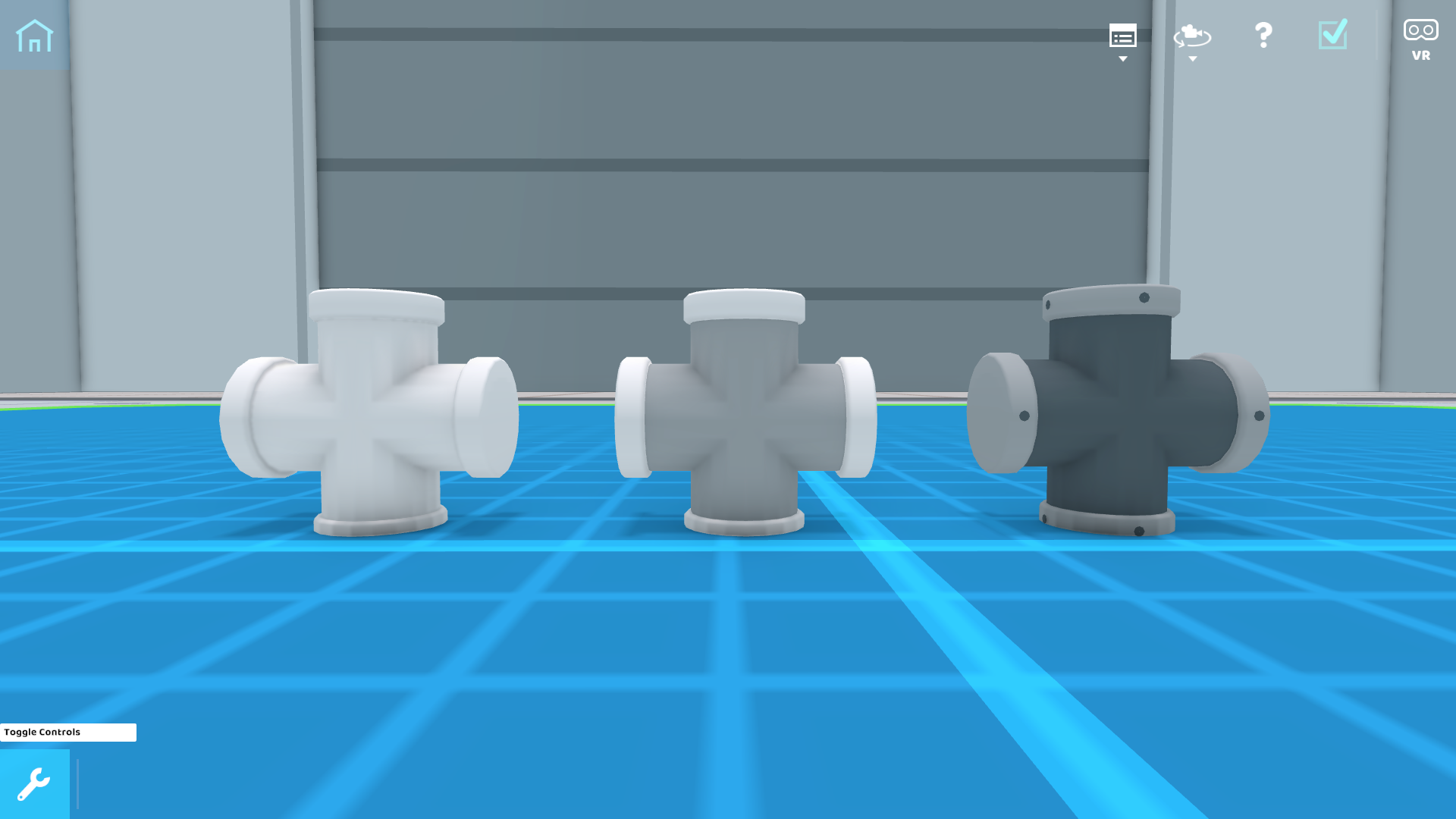 Last week, we showcased some amazing RoboCo content in our fourth issue of Did You See It? – RoboCo Content Showcase. This week, we’re unveiling a heavy update we made to our structural robot parts!

Back in the Early Days…

For most of its development, RoboCo has had three variants of the standard cube-shaped block: a lightweight block, a medium block, and a heavy block. Having at least these weight variants was vital for constructing robots, as it allowed players to build robots with more stable bases (by weighing the bottoms of robots down with heavy blocks) and create more flexible appendages (by lightening arms and legs with light blocks).

Unfortunately, if you were someone that wanted to use light or heavy versions of other structural parts (like cylinders, wedges, pyramids, or pipes), you were out of luck, as only cube-shaped parts had variants in weight. We knew we wanted to resolve the fundamentals of how RoboCo handles weight before Early Access launch, as it could affect robot data in some important ways, so we set to work rectifying this. Which brings us to today’s update.

Players who want to maximize their score by keeping an eye on their robot’s overall manufacturing cost will note that each part has different costs based on its weight. The journey to deciding what weight class we wanted to be the most expensive ended up being a lot more interesting than we initially thought!

In a game like Poly Bridge, the cost of a material is based on its structural integrity. For example, it costs players less money to build with wood than it does with steel, but wood will break more easily.

RoboCo doesn’t have these sorts of breakable materials to build with. Our challenges involve many unique and intricate interactions, so we didn’t really like the idea of the robot falling apart from unexpected forces while the player was just trying to turn a valve or something innocuous. So regardless of weight, all our parts have the same idealized structural integrity. This meant we had to determine costs based on weight alone and, for that, we took inspiration from… bicycles!

With this thinking in mind, we determined that lightweight blocks would be the most expensive to use, with heavy being the second most expensive, and medium being the least expensive. This is also why you see medium parts listed first in the inventory, as we want to encourage players to limit their use of more expensive parts (like saving heavyweight blocks for constructing bases and lightweight blocks for appendages). Medium parts are the default weight we base our physics tuning off of, so while we can’t predict how weight will be distributed on a given player’s robot, in general a robot made of a larger percentage of medium blocks should tend to perform well physics-wise.

With the new weight variants, the color scheme of your robot will be layered with additional meaning, as long as you stick to editing colors with the Theme option.

Here’s how the different weight classes are categorized in the Paint Theme Menu:

Painting with either the fill or detail option will override the theme, at which point you will still have some visual cues like the bolts on heavy blocks but will be mostly on your own for keeping track of weight. We have a design concept for a new weight painting tool that would help offset this issue and also make it very convenient to edit the weight of placed blocks, which joins our always growing list of post-launch updates under consideration, so let us know if you’d be excited for that!

Other Stuff We’re Working On

Speaking of launch, here’s another small list of things we’re working on as we get closer and closer to Q4 2022.

And that’s it for this week’s devblog. Next week, we’re talking about a new paint feature that resulted from our experiments with weighted parts!